Today, it’s easy to be a media cynic. On air, broadcasters prioritise ratings over integrity, and across the pages of print and digital media, publications compete in a race to the bottom for audiences’ attention. But it’s not all doom and gloom, all clickbait or fake news. Because the media can be done another way, where public interest is put first. It’s called public interest journalism. 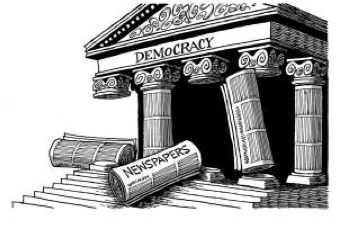 The right to know

Public interest journalism is about reporting on information that the public have a right to know. It can include stories about corruption, improper use of office, privacy breaches, or exploitation of the environment. It’s the sort of investigative journalism that awards the media the title ‘watchdog’ or the ‘Fourth Estate’. But these labels are earnt and not merely given, so it is the responsibility of the media to be on the lookout and keep the powerful in check.

Unfortunately, the commercial reality is that this type of journalism isn’t always profitable nor the stories easy to find. So ‘public interest’ is often traded for stories that are simply ‘interesting to the public’, meaning political scandal or celebrity whereabouts. These reports may be entertaining, but have little civic value. Instead, they have ‘click’ value, serving as bait to attract eyeballs and advertisers.

In contrast, ‘public interest’ stories are about empowering the audience to understand the news and current affairs. But it requires reliable news media on all platforms and sufficient resources to investigate issues of public concern in-depth, independent of both political and commercial interests.

In this sense, public interest journalism is critical to a functioning democracy. It’s about encouraging and facilitating civic engagement, participation in public life and providing a range of perspectives to contest ideas and inform citizens.

BPM recognises the essential role played by public media in serving the people with robust, independent and comprehensive news and current affairs. To this end, the BPM supports measures to enhance independent, public interest journalism through broadcasting and other media.