Held Sunday 24th March, the Christchurch Public Meeting was a great success. Around 50 people come along to hear discuss media in all it's forms and celebrate some great achievements by Christchurch's young people.

The David Beatson Memorial Speech was delivered by Dr Peter Thompson. Titled 'Can Social Media Be Public Media?' it was an insightful look into social media, how commercial needs shape social media and what the future holds. Peter discussed the benefits and the problems created by social media in 2019 and proposed five solutions:

This was followed by a presentation to Cashmere High School students who won the BPM Student Challenge for 2018. Jasper Sutcliffe and Azaria Howell were joined by Brett McKersey, the Media Studies HOD at Cashmere High, to receive certificates and prizes. Congratulations to all the winners. More information is available here and keep a lookout for this year's BPM Student Challenge coming soon. 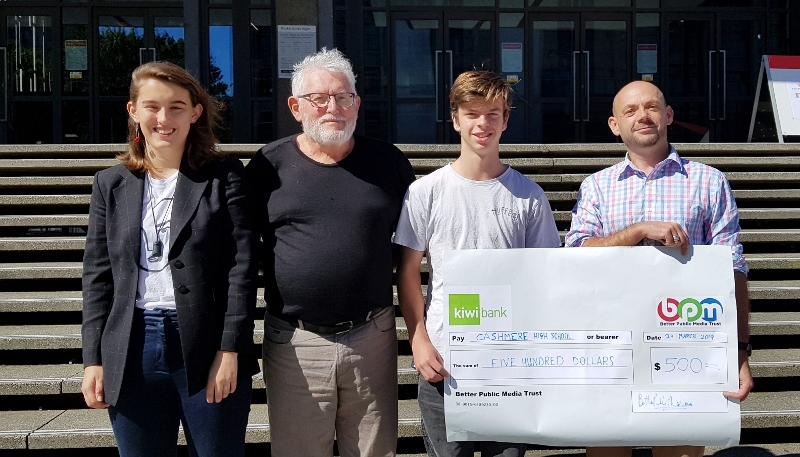 Then came the Panel Discussion with four experts in different aspects of media in Aotearoa, facilitated by our Chair, Peter Thompson. 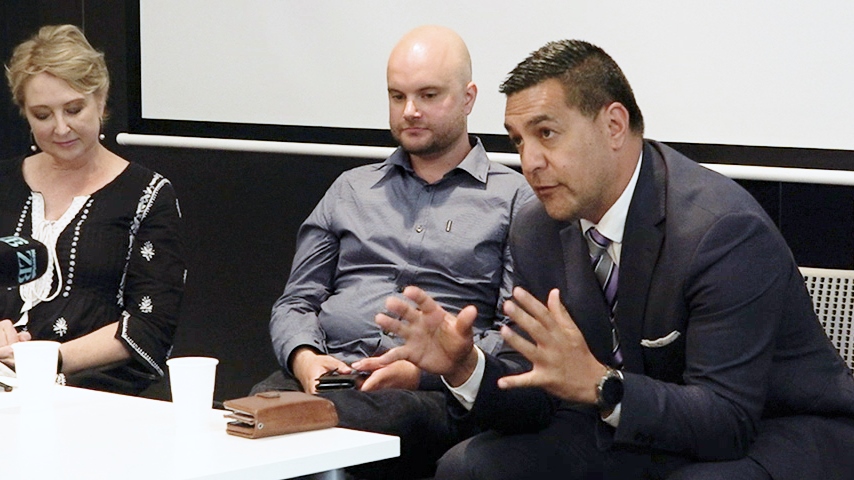 Julian Wilcox, COO for Ngāi Tahu and former broadcaster at Māori Television. His introduction is available to watch here

This was followed by a really interesting and free-wheeling discussion of social media with excellent contributions from each panellist and our equally well-informed audience. Discussions included:

A slightly edited version is available to watch here and is highly recommended.

This was followed by our 2019 AGM, which was probably the briefest in our history, thanks to most participants wanting to attend the Christchurch Mosque Attacks Vigil being held later that day.