A Bouquet for National 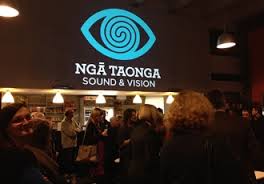 We tend to criticise the Minister of Broadcasting, Craig Foss for everything he does and let’s face it, that’s not without reason. But we have a bouquet as well – the 2014 Budget released $24.4 million to merge the TVNZ Archives, the Radio NZ Sound Archives and the Film Archive. And so Nga Taonga Sound and Vision is born, and it’s a great thing, a one-stop shop for all video and audio archives.

The main benefit is that the material will become available to view online and at Film Archive screenings. But TVNZ retains the copyright and will still charge through the nose if you want to use the material in any way. Government departments, non-profit community groups and even TVNZ productions are all hit with exorbitant costs. Equally there are shocking stories from the Sound Archives.

Despite taking profits from their archive for years, TVNZ has neglected to digitise to computer any of their archive – yet another example of TVNZ’s failure as a public broadcaster. Ironically TVNZ are being paid millions as part of the merger which is just more money-go-round, and greatly reduces the real level of investment claimed by Mr Foss. Anyway, the big expense for the new archive is to digitise 600,000 hours (or 68 years!) of TVNZ archive, and it’s all done in real time.

How worthwhile is that process? Very. When it’s done, all of us can go to a website like the excellent NZ on Screen to watch any of that awesome material. That will be a true taonga for all Kiwis. And especially poignant because currently we pay to watch anything like that on TV, it’s only on the Heartland channel on SkyTV. We paid to make it, and we’re paying to watch it again. We also paid when we watched it the first time because the advertisers must inflate their prices to cover the cost of the adverts we had to sit through.

So amidst the bouquet for ‘Fossy’ there’s a brickbat – why isn’t Heartland free for all of us to watch? Sky CEO, John Fellett recently claimed we should be jolly grateful that Sky gives us the chance to watch our TV history. But of course we should be jolly pissed off that TVNZ is under so much pressure to turn a profit, that it must sell Heartland to Sky instead of Freeview. Needless to say that pressure comes from Mr Foss.

And what’s next for an archive-free TVNZ? One thing is it’s now easier to sell, as no-one would’ve allowed the archive to fall into private hands. Craig Foss has vowed repeatedly that National have no plans to sell TVNZ. But on the other hand their coalition partner, ACT has a policy that government shouldn’t own any broadcasters.

Could selling TVNZ be part of the post-election negotiations? And would ACT force the government to go as far as to sell Radio NZ?